THE RAVISHING OF LOL STEIN 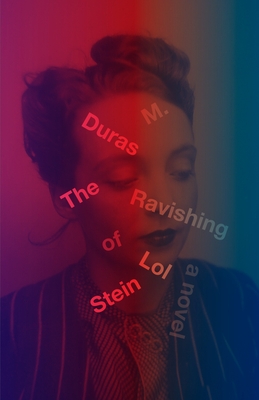 The Ravishing of Lol Stein, Marguerite Duras, Grove Press, 1966, 181 pp (originally published in France by Editions Gallimard, 1964; translated from the French by Richard Seaver)
I have long wanted to read Marguerite Duras. Now I have and it was difficult but I will read more. Something about her way of looking at and writing about how love, desire, and passion can send a female mind into utter breakdown is intriguing; both the fact of the breakdown and the description of it.
Lol Stein at 19 years old was jilted by her fiance for another woman during summer vacation. It happened at a ball, the biggest one of the season, just a couple months before the wedding date. She fell into a deep mental illness assumed by her family to be caused by the incident. Some years later Lol married another man, moved with him to a different town, had two children and appeared to be the perfect mother and wife, keeping a perfect home.

For some reason, they moved back to her childhood home and she began to recreate her tragedy by spying on her old best friend Tatiana from that summer when they were 19. She stalks Tatiana and one of her lovers in the guise of a voyeur but proceeds to draw that lover's attention to herself. At least that is what I managed to figure out with some help from an analysis of the novel I found on-line.

Reading this book was not unlike reading Clarice Lispector, it was similar to some novels I have read by William Faulkner in writing style, even reminded me a bit of Patricia Highsmith. I don't, I can't recommend this type of writing to anyone particularly. One does not read such writing necessarily for enjoyment.

I am writing this review on the eighth day of having a horrible bout of the flu. I was not sick when I read Lol Stein but while I have been sick I have felt something like she seemed to feel in the story. Divorced from my usual fairly competent self, unable to carry out the demands of daily life, but knowing that the "real me" is still there or will be back when I am better.

Marguerite Duras was born of French parents in Indochina (now Vietnam) in 1914. She was one of the most important literary figures of the 20th century in France, wrote 22 novels, as well as stories, plays and screenplays, essays and memoir during her 82 years of life.

If it is true that we read to know we are not alone (it is true for me), then Duras has proved herself to me as someone who can put into words how it is when a woman feels alone, can gather her in and say she is not. It is possible to carry what are socially unacceptable thoughts, emotions, and desires while still living the charade we call life. That fine line.
Posted by Judy Krueger at 8:00 PM