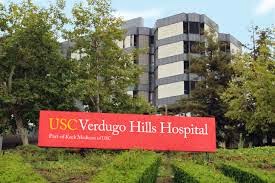 Two weeks ago today I was admitted to Verdugo Hills Hospital, diagnosed with pneumonia and a lung inflammation. I came home the following Wednesday and have been convalescing, regaining strength, and waiting for the fog that is my current brain to lift.

I am reading, of course, though my concentration has been temporarily compromised. As soon as I am able, I will be posting reviews again. I am also working on an essay about my experience.

Thank you for your patience and for continuing to visit Keep The Wisdom.
Posted by Judy Krueger at 1:55 PM 2 comments:

Email ThisBlogThis!Share to TwitterShare to FacebookShare to Pinterest
Labels: News

IF BEALE STREET COULD TALK

Because I came of age in the 1960s and because I was raised in a liberal family, I have always known about James Baldwin. Somehow though I had never read anything he wrote until I read Go Tell It On The Mountain, published in 1953, as part of my Big Fat Reading Project. By then I had read Richard Wright and Ralph Ellison, Toni Morrison and Alice Walker. I admire all of those authors immensely, but James Baldwin is in a class of his own.

One of the greatest benefits of reading good fiction comes from authors who can make you know and feel and comprehend people you otherwise have not had much experience with before. I have not ever been racist as far as my beliefs and ideas go, but I have also had very little experience living side by side amongst African Americans. The huge talent of James Baldwin is his ability to make Black people burst out of all stereotypes and loom large as living, loving, feeling human beings. Anything I have ever felt about life has also been experienced by any African American but there is one thing I have only had glimpses of in my life and that is the degree of injustice an American black person must live with every minute of their existence. In this novel, James Baldwin brought that home to me.

If Beale Street Could Talk makes this so clear and real because of the characters Baldwin created and the way he makes them talk. Tish, a 19-year-old woman, pregnant with her first child. Fonny, a 22-year-old sculptor, the father of the baby, who fully intends to marry Tish and care for her but is in jail for a crime he did not commit. The parents and siblings of these two who each react to the situation according to their own experiences of life in mid-20th century New York City.

I loved every word, sentence, and page of what is one of the best love stories I've ever read. Of course one novel, no matter how great, cannot cure a person of racism. But I like to imagine a huge One Country One Book event during which the majority of literate American citizens read and discuss If Beale Street Could Talk.

(If Beale Street Could Talk is available in paperback and eBook by order from Once Upon A Time Bookstore.)
Posted by Judy Krueger at 2:14 PM No comments:

THE SUNDAY FAMILY READ
The world scarcely needs another review of Divergent. There are over 71,000 on Goodreads alone. I read it because I sent a copy to my granddaughter, at her request, and I was curious. Now I see why it is such a hit with teens.

All the elements of great storytelling are there and handled well. The characters, the world building, and especially the pace. I was never bored and always wanted to be reading it.

Veronica Roth stole fearlessly and proudly from Ender's Game, The Giver, and probably other classics I have yet to read. I loved that the main character was a strong, daring, and principled female. Beatrice Prior kicks ass while never losing touch with her heart.

I kept thinking about the tendency of humans to divide societies into castes. In this brave new world where we do our best to raise and educate the upcoming generation, Divergent is possibly an important book for all the generations to read. Fortunately it is also great fun.

(Divergent is available in paperback on the shelf at Once Upon A Time Bookstore.)
Posted by Judy Krueger at 12:25 PM No comments: