The Vegetarian, Han Kang, Hogarth Press, 2015, 188 pp (translated from the Korean by Deborah Smith, orig published in Korea, 2007)
Summary from Goodreads: Before the nightmare, Yeong-hye and her husband lived an ordinary life. But when splintering, blood-soaked images start haunting her thoughts, Yeong-hye decides to purge her mind and renounce eating meat. In a country where societal mores are strictly obeyed, Yeong-hye's decision to embrace a more “plant-like” existence is a shocking act of subversion. And as her passive rebellion manifests in ever more extreme and frightening forms, scandal, abuse, and estrangement begin to send Yeong-hye spiraling deep into the spaces of her fantasy. In a complete metamorphosis of both mind and body, her now dangerous endeavor will take Yeong-hye—impossibly, ecstatically, tragically—far from her once-known self altogether.
My review:
This is a novel about identical twins. Not a heartwarming twin story, except for maybe one chapter near the end, but by then your heart is so cold and frozen you wonder if it will ever thaw. A bit of hope enters in the last chapter but you have seen hope dashed many times in this gruesome tale. In fact, a reader who comes through with a warm heart is likely more screwed up than these twins ever were.

Ann Morgan is the writer who got me not just thinking about reading literature from many countries. She got me doing it because of her 2015 opus, The World Between Two Covers, an account of her completed quest to read a work of fiction from every country on Earth in one year. There was no way I was going to miss her debut novel. In summarizing her international reading experience, she describes how reading all those books changed her and opened up possibilities previously not glimpsed as to the many ways fiction could be created. The evidence of those changes shows in Beside Myself.

Helen and Ellie are six when they embark on a dangerous game. Helen is the older because she was the twin born first. She is the “good one.” Ellie is slower, dreamy, clumsy, and when anything goes wrong in the family it is Ellie’s fault. Helen makes up the game. They are going to swap; Ellie will be Helen and Helen will be Ellie. It will be fun to trick their mum and then even more fun when they tell her what they did. Trouble is, Ellie is very good at playing Helen and when the time comes to switch back, she doesn’t. She convinces Mother she really is Helen. The real Helen is stuck being Ellie from that day on.

It sounds like a fairytale doesn’t it? And the story carries on like those Grimm’s tales with all the creepiness and horror that have given children nightmares for years. Helen, as Ellie, spirals down throughout the rest of her childhood, living through one disheartening incident after another, until she is a broken mentally ill substance abuser living on welfare. Ellie, as Helen, grows up to be a famous celebrity with a trophy husband and rich beyond her dreams.

Set in Great Britain, the novel is also filled with British life and British terms. If you’ve read Kate Atkinson or Sara Waters or other contemporary authors from across the pond, you are grooved in. The story ratchets back and forth between the present day and the various stages of Helen’s life as she grows up being Ellie, told in third person for the present and first person for the past. Her past is a study in the ways expectations by others form a personality, of how cruel kids can be to each other, and the contribution of those factors in the disintegration of Helen’s identity. Such narrative choices leave the reader experiencing her disassociation and emotional despair.

After a pivotal event, the voice from Helen’s past changes from first to second person. She has moved outside of herself, watching as she begins to self-destruct. It is brilliant writing beyond what one would expect for a first novel. The marketers are calling this a psychological thriller but in reality it is a study in identity and in how the combined influences of family, heredity, and society can send a person over the edge. Despite the dark and gritty atmosphere, its portrayal of mental illness is one of the most sympathetic I’ve read since One Flew Over the Cuckoo’s Nest.

I suspect Beside Myself will do better in Great Britain than in the United States. That is a pity because it blows Gone Girl or The Girl on the Train out of the water. Think Patricia Highsmith or Muriel Spark or Jose Saramago. Better yet, don’t think, just read it!

(Beside Myself is available in hardcover by order from Once Upon A Time Bookstore. The paperback comes out on July 19, 2016.) 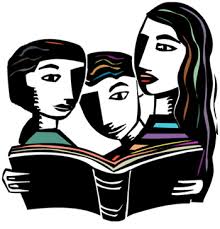 Once again, it is a light month for reading groups. That is fine by me. I have so many other books I want to read this month. I have already read one of these books but another one will be the challenge of the month. Can you guess which one I mean?

Shop Indie Bookstores
One Book At A Time:

Shop Indie Bookstores
What books are your reading groups discussing in March? Which of these would you want to discuss?
Posted by Judy Krueger at 10:22 AM 11 comments: 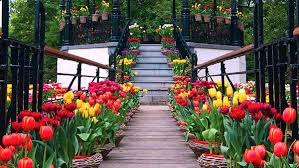 So many days February has for such a short month: Valentines Day, Presidents Day, and even Leap Day this year. Often February is dreary, cold, and rainy but this year we had record highs almost everyday here in the Los Angeles area with birdsong and trees leafing out and flowers blooming.

Once again I read 11 books. One was a memoir written and published by my friend Alice Zogg, whose mysteries I have reviewed here at Keep The Wisdom. Her memoir was for family and friends only so I will not be reviewing it but I was honored to be given a copy and even got a mention in the book. I will say this: you don't really know a person until you read their memoir!

I also read Anatomy of Gray, a one-act play in which my talented granddaughter will be playing the lead role in her high school theater department's spring production.

Here are the 8 books not mentioned above:

What good books did you read in February?
Posted by Judy Krueger at 4:01 PM 9 comments: