This was a reread. A house guest left paperbacks of all four Jackson Brody mysteries in my office when she departed last August because she could not fit them in her luggage. My husband was out of books to read and picked up Case Histories. He kept exclaiming about how good, funny, and well-written it was. (He had just finished Code Name Verity, described by a blurb on the back cover as "fiendishly plotted.") As he read Atkinson's book he could be heard muttering, "Fiendishly plotted."

So I reread it on a whim and because I did not remember liking it that much, I wanted to see what so impressed my husband. He is a rather picky reader.

I liked it better this time. Having also read Life After Life, I now have a fixed idea that Atkinson specializes in intricate plots though "fiendish" is too much praise in my opinion.

I still lost track of who was who and had to look back to earlier chapters as I read. Luckily it was a paperback and not an eBook. I still didn't care that much by the end who committed which crimes. I still think Atkinson might be too clever by half. But I was entertained, if not quite as much as my husband. The author clearly entertains herself as she writes and that gives a certain something to the reading experience.

Husband read three of the series in a row and then burned out. I may read the next one someday but not right away. We tried having a mini-reading group discussion but decided what suits us better is to discuss as we go when one of us reads a book the other has read.
(Case Histories is available in paperback by order from Once Upon A Time Bookstore.)

Posted by Judy Krueger at 1:58 PM No comments:

I have wanted to read this since it came out two years ago. It got picked from my list of suggestions by one of my reading groups and most of us liked the intricate plot, though a couple readers found too many improbabilities and one took issue with some of the Holocaust facts.

The setting is San Francisco in the 1970s. The subject matter is closed adoption, identity due to family influence vs lack of identity due to being adopted. Psychiatry, lesbian relationships, the Holocaust and Israel, and hardly a single balanced or likable character all added up to an ambitious mix. I could not put it down.
(By Blood is available in various formats by order from Once Upon A Time Bookstore.)
Posted by Judy Krueger at 2:44 PM No comments:

I am so behind on writing up the books I have read lately and the task of getting caught up is almost overwhelming. The bookends of discomfort in my life: deadlines and backlogs. My solution is to write one short review a day.

I loved Americanah. It is a love story for our modern transient world. It is a look into the heart of a woman whom Roxanne Gay would call a bad feminist. It is one of the most intelligent pieces of writing about racism I have read. Ms Adichie is right up there with James Baldwin, Richard Wright and Toni Morrison on that topic.

I highly recommend reading novels by authors who were born and raised in African countries. Honestly, the news media can only grasp so much.

(Americanah is currently available in paperback on the shelf at Once Upon A Time Bookstore. It is also available in other formats by order.
Posted by Judy Krueger at 11:07 AM No comments:

This was Mary Stewart's sixth novel, but the fourth I have read. I skipped her first two. I had some problems reading it.

I started the book soon after I got home from the hospital in May. (And I promise, this is the last book connected with my illness, so I shall say no more about that after this.) My concentration was very poor and I could not figure out what was going on in the story. My attention would wander after a few paragraphs so I gave up.

Then by chance I discovered Mary Stewart had died on May 9, at the age of 97, peacefully in her bed, at home in Scotland. I'm sure there is no connection but it was a bit creepy because May 9 was the day I got sick. In reading her obituaries in the British papers, I learned all kinds of interesting facts about her life. I also read a rare interview she gave in 1989 and gained more insight into her writing.

So I decided to begin again with The Ivy Tree in July and made it to the end in just a few days but still did not like it much. As was usual for her at that point in her career, it is a romance though you don't learn about the love story connected with the main character until the latter part of the book. At first it seems to be almost crime fiction as a man, his sister and the main character collude in a plot to inherit a dying man's property. For sure there is a mystery surrounding the female main character.

What I think is that Mary Stewart decided to up her game and write a more literary book than her previous mystery/romances. She about doubled the amount of words describing the surroundings compared to those earlier books. While it is consummate descriptive writing, it kept interrupting the flow of the plot. Her efforts did not all work together smoothly and she lost the page-turning knack she'd had. Her signature final plot twist was still there however!

After reading the above mentioned interview, I knew that she was not a person to rest on her laurels and she never followed the advice of her publisher as to what she ought to write. I have to admire that. I wonder what she will do next.

(The Ivy Tree is available in paperback by order from Once Upon A Time Bookstore.)
Posted by Judy Krueger at 1:07 PM No comments:

THE LOVE SONG OF JONNY VALENTINE

Mothers, don't let your children grow up to be pop stars. Unless perhaps you can be their manager. Jonny Valentine is 11 going on 12. He is in the second year of mega-fame as a tween pop idol. Think Justin Bieber. His single mother, abandoned by his father when he was a toddler, is his manager. For an unreliable narrator, he is pretty savvy, but there are some things an 11-year-old boy just can't figure out.

I read the book because of my long and ambivalent relationship with the music business. It's a manual on how pop stars are created and maintained. It also translates those stories we all pretend we don't read in People Magazine and the tabloids into what really goes on when two stars go on a date or end a romantic relationship, get a bad concert review, etc.

The book is wildly entertaining even while it breaks your heart every time you remember that Jonny is still shy of his 12th birthday. As we follow him on a multiple city tour and learn how he has to sneak around to even send an email, how lonely he is, how little choice he has over what he eats, and on and on.

If you want to maintain your illusions about celebrity in the 21st century, do NOT read this book. I think it belongs in an indestructible box of books we can save and all read after the apocalypse, as we rub our heads and say, "What were we thinking?"

(The Love Song of Jonny Valentine is available in various formats by order from Once Upon A Time Bookstore.)
Posted by Judy Krueger at 1:22 PM No comments: 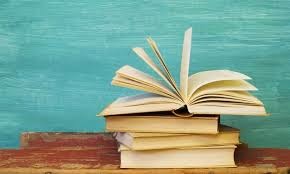 Somehow it is already August. At this very moment in Los Angeles, it is cloudy with a cool breeze. I am not fooled. It will be hot again any minute. I think the above picture looks cool and refreshing though.

Apparently I still can't get enough of discussing books with readers in person. I have joined another group. Crazy I know but though I am on Facebook, Twitter, and Blogger, I still like my social networking to happen with actual live people where possible.

So here are the books I will be discussing with actual live people this month:

Once Upon A Time Adult Fiction Group:

Quite a wide variety of books wouldn't you say? Which ones have you read and/or discussed with a group?

Posted by Judy Krueger at 11:28 AM No comments: