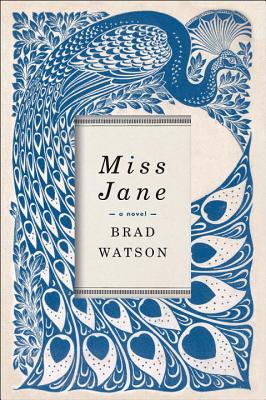 Miss Jane, Brad Watson, W W Norton & Company, 2016, 279 pp
I recommended this fine novel to one of my reading groups and all but one member in a mixed group of men and women found it to be great. I don't remember how I heard of it but it was an exciting find.
A new genre, possibly named by Nicola Griffith, is called Crip Lit. The name makes me cringe but it is a genre that brings awareness of what it is like to be physically compromised. Brad Watson's story is based on his great-aunt who was born in rural, early 20th century Mississippi with a genital birth defect.

Jane is a late-life child of an impoverished farming couple. Brought into the world by a midwife who then called in the local doctor, the infant is an abomination in the eyes of her mother. Though the mother follows the doctor's instructions in how to care for the baby she can never give her heart to the girl. Jane gets whatever love she has from her older sister, her father and the doctor.

The story of her long life is sad but she grows into a woman who overcomes her inability to have children or a husband by finding connections to the natural world. In some ways it is tough to read about her condition and what it put her through but the writing is so beautiful, evoking life in the South and moving along at such a soothing pace that I was captivated.

If not for her father, her sister and the intelligent and caring doctor, Jane would have led a horrible existence, possibly even died as a baby. One could say that might have been a blessing. The story shows however, that there are many ways to live, even find love, joy and strength despite unspeakable suffering and adversity.

Earlier this year I read Little Nothing by Marisa Silver, a novel with a similar theme about a girl who was a dwarf. From both books I was able to find empathy for people with major physical imperfections. I must admit that I am no better than most people and have always had an aversion to individuals with disabilities, whether physical or mental.

The truth is that no human being is perfect. I thank the authors who have given me insight into human beings who have been shunned by most of the rest of us for all of mankind's existence.

(Miss Jane is available by order from Once Upon A Time Bookstore.)
Posted by Judy Krueger at 10:24 AM