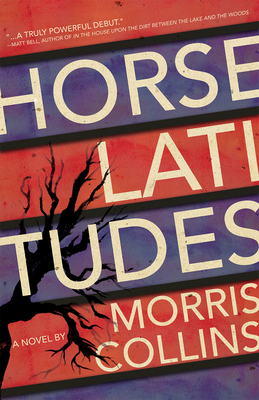 Horse Latitudes, Morris Collins, Dzanc Books, 2019, 308 pp
This was the last book I read in 2018. It has an interesting publishing history. Since it was the December, 2018 release for the Nervous Breakdown Book Club, the author was interviewed on the related Otherppl podcast, where he talked about that history.
Morris Collins wrote Horse Latitudes during the first decade of this millennium and had it published by MacAdam Cage, an indie publisher located in San Francisco. Immediately after publication the company went out of business so no promotion was done. In 2016, Dzanc Books, another indie, agreed to reissue the book and it will finally be released in January, 2019. The reality of the life of a new author!

The horse latitudes are two belts of sub-tropical high pressure that circle the earth at 30-35 degrees north and south latitudes. The book is set in and around Guatemala which lies in the northern of those belts.

Ethan, a young New York photographer, flees to Central America after his marriage ends in his wife committing herself to a mental institution. He is filled with guilt and loss and figures a change of scene might do him good.

You know that advice about not making major decisions in the midst of a huge life upset? Ethan makes several disastrous decisions and lands himself in the middle of an impending revolution in a Central American country. He agrees to find the missing sister of Yolanda, a sex worker he met in Mexico.

I found Ethan's story engrossing. Following United States CIA interference in Central America, supposedly to fight communism but in actuality to protect American business interests, from the 1950s and on to today, most of those countries have been politically, economically, and socially destroyed. In fact, those policies are a main cause of the immigration disaster (can you say "wall?") we are experiencing today.

While this is a nightmarish story of an innocent, inexperienced white American male in the jungles and decimated towns of the region, it is also a psychological and political thriller. It might be a tad too ambitious and overwritten but not since Gore Vidal's Dark Green, Bright Red have I read such a horrifying and politically astute novel. I could not put it down.

(Horse Latitudes is available for pre-order in paperback from Once Upon A Time Bookstore.)
Posted by Judy Krueger at 2:59 PM